Pollution In Our Oceans 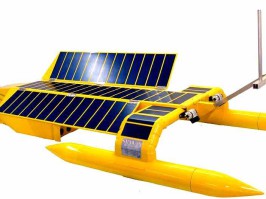 We are an advisory on COVID-19 during the epidemic. We also give advise on the best & safest masks & hand sanitizers.  We support Following guidelines, Stay Safe, Face, Hands, Space.

Message from Sir David Attenborough, the worse thing that has happened to humanity is COVID19 and variants.

which is powered by GreenEcoPeace

Some people talk about conservation but don't do anything about it! and yet, some conservationists get talked about and not very nicely sometimes. Often their hard difficult and sensitive work is unappreciated, but we do it for our planet.

GreenEcoPeace are aware of the dark forces out there, that go out of their way to destroy the good name of conservationists and the work that they do.

These trouble makers (some people), object and are resentful, of any help or donation given to a conservation group.

These dark force people, are dangerous and destructive, but they will not deter us from helping our oceans, wildlife, rainforest's, animals and the Antarctica. 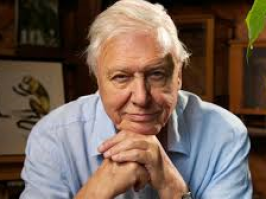 The voice and campaigner of protecting wildlife and the dangers of global warming. 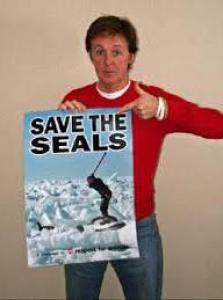 Calls for an end to Seal killing off Canada's East Coast. 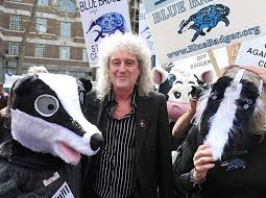 Campaigning for the rights of Britians wildlife animals, from Foxes, Badgers to Hedgehogs. 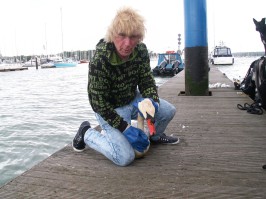 GreenEcoPeace - Rescues Swan with a Fishing Hook In Its Throat 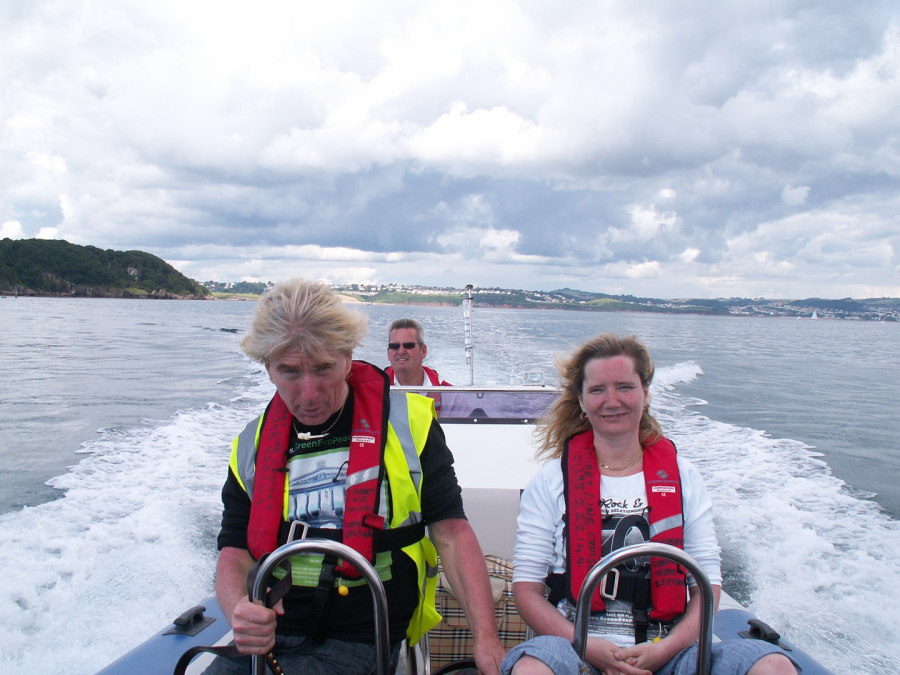 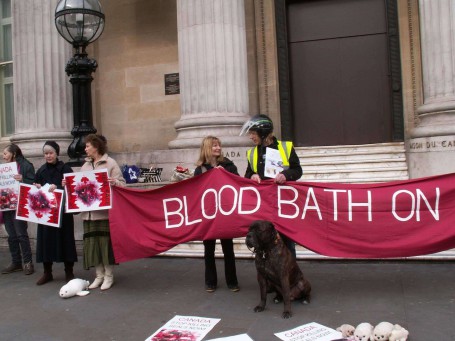 GreenEcoPeace outside the Canadian Embassy

Campaigning against the cruel baby seal killing and allowing subsidized killer hunters to come onto the ice and skin alive baby seals. The Canadian government is heavily involved in this and even supplies an ice ship to crack the ice for the killer boats. 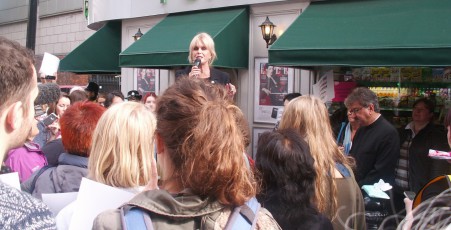 Johanna Lumley, speaks out against the cruel Hindu butchering and sacrificing of thousands of animals in Nepal

Advising and Campaigning on Ocean Pollution and the dangers of plastic entering the sea and breaking down into small pieces and entering the food change. 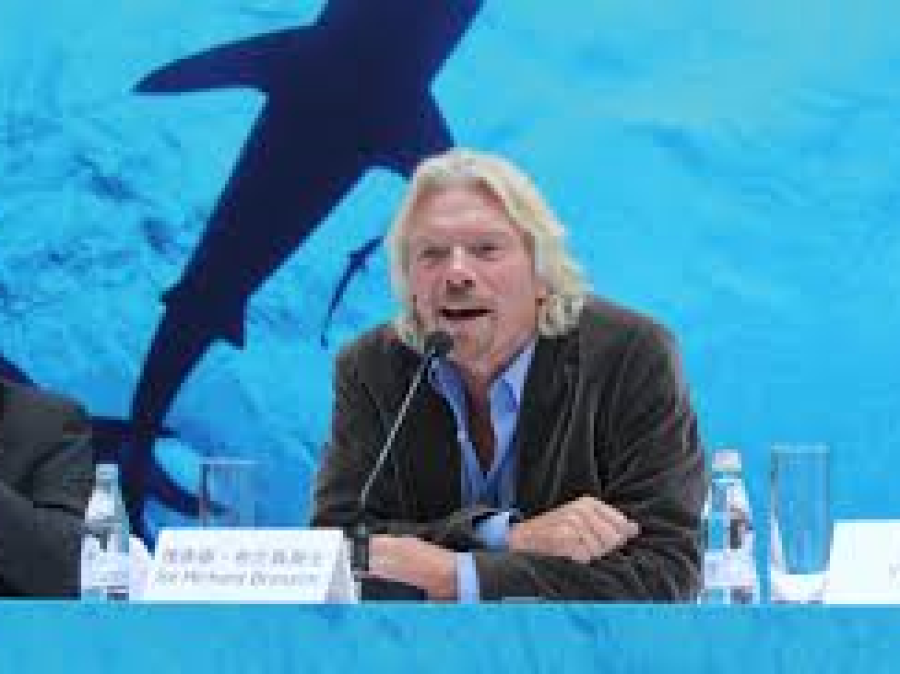 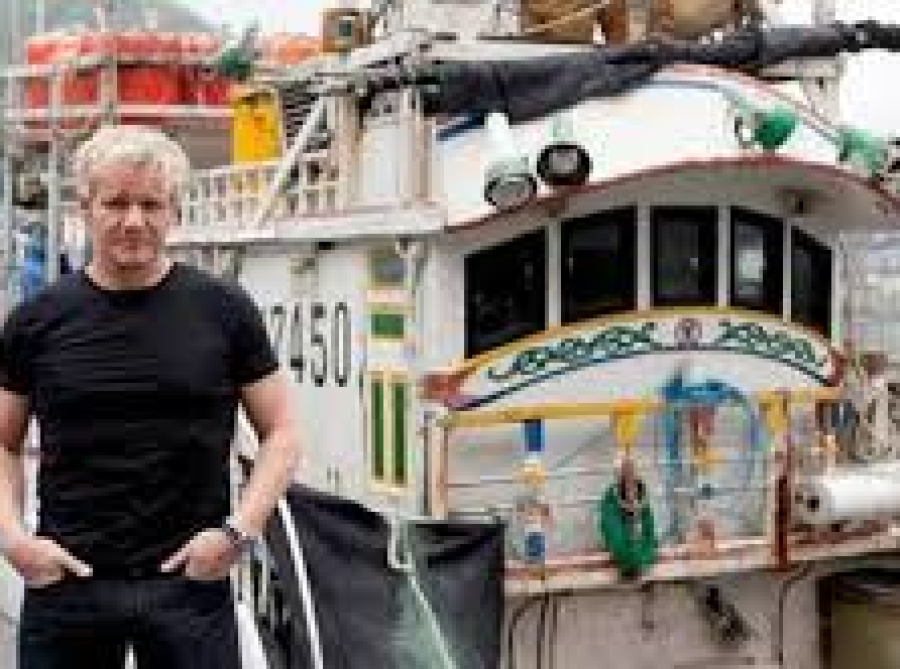 Exposes those who cruely kill 100,000,000 Sharks for their fins, for shark fin soup, its illegal, killing the sharks seriously effects the eco-system . 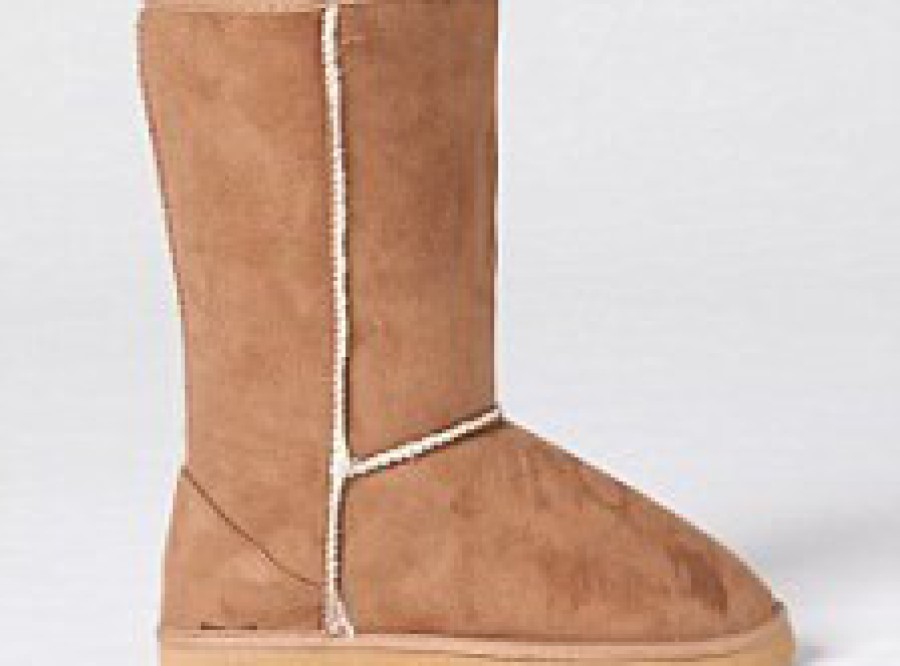 Find Out The True Story Behind the Fake Ugg Boots. 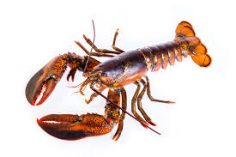 Battle of Britain to stop lobsters and crabs from being boiled alive.

Can you imagine being boiled alive, fishermen and people say, "it's only a lobster, it's only a crab". But they have feelings just like you and me and they scream with pain and it takes approximately up to a massive 15 minutes for a lobster to slowly die, by being dropped in scolding boiling water and a crab is scolded to death in just a little less time.

Researchers have found that shell fish die in agony and now the pressure has come, to humanely slaughter them. Vets have said they want this practice outlawed, on animal cruelty grounds.

Some leading chefs are now using electric humane stunning devices, but there are lots still boiling them to death.

Switzerland was the first country to impose a ban on dropping lobsters and crabs cruelly in to a boiling pot of hot water.

We call ourselves a nation of animal lovers, but lobsters and crabs are Britain's forgotten animals. The same humane slaughter will also go for fish, to include, cod, haddock etc who slowly suffercate in agony and take up to 2 hours to die.

Government confirms that slaughter welfare standards are now under review. 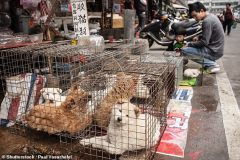 An anonymous restaurateur revealed the grim reality of the dog meat industry.

The boss of a restaurant in China, has revealed the grim deadly reality of the country's dog meat industry to the media. The unidentified man, who reportedly owns a dog meat restaurant in southern China, claimed that some breeders are raising 'thousands of puppies' to feed diners. The restauranteur told a Chinese video outlet, 'people eat dogs in Guangxi and Leizhou, where i am from'. 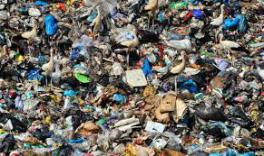 EcoWarriors Against Plastic Pollution Another Virus Against Humanity Choking Our World

Trash Island Is a new island on our planet, made up of floating plastic and filth in the Pacific Ocean. Soon this could be happening in the United Kingdom, we've got to stop it!!

All this plastic could fill an area the size of France. Every minute of every day, every year, one equivalent large rubbush

truck full of plastic is dumped into the sea. This almost indistructable plastic material, upsets every part of our food chain. If our oceans can't function properly, they won't be able to support fish stocks or absorb carbon to protect us against global warming.

Dead whales are now being washed up in Norway and the North Sea, with stomachs full of plastic bags and plastic bottles. It's heart breaking. Every year plastic affects over 600 different species of sea life, with a least 1 million sea birds dying every year. By 2050 at this rate, there will be more plastic in the ocean than fish. Catastrophic.

Plastic is one of the biggest threats to our planet today. Your local streams, rivers and beachs have all the evidence for you to see for yourself.