Helping To Save Whales Lives, Hi-Tech Look Out May Help 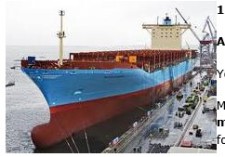 After decades of protection, you might think that the world's whale population is safe

You would be wrong, at least in part.

Many of the great whale species are still endangered or vulnerable. Commercial whaling is one of the challenges they face, with an estimated up to 4000 whales a year killed for the market, mostly by Japan, Norway, Iceland and Denmark (Faroe Islands).Other hazards include toxic contamination and the effects of climate change. But another recent danger has arisen, in the form of collisions with ships.

Nowhere is this phonomenon clearer than in the Mediterranean. It is now estimated that around 20% of whales found dead in the mediterranean had collied with a ship. When you consider that vessels weighing more than 100 tons cross the Mediterranean around 220,000 times each year, it becomes a little easier to understand why.

This stretch of water has become the maritime equivalent of London's Piccadilly Circus, without the traffic lights. Once of the species particularly at risk is the fin whale. A graceful colossus, measuring up to four meters (13 feet) in length, these creatures swim the Mediterranean's blue waters in a number of areas, but often gather in pods in the northern region between Italy and France to feed. Once recent study published in 2006 by the Marine Pollution Bulletin estimated that there are around 3500 fin whales in the Mediterranean. But according to the same report, the numbers dying after collisions has doubled since the 1970s. "They simply can't get out of the way of the great cruise liners and other vessels."

The cruise line market has been growing fast. According to Cruise Industry News, in European waters alone, passenger numbers have risen from 3.7 million in 2007 to 4.5 million this year. A further 16 large vessels are on order for the European market, each one capable of carrying at least 5000 passengers and crew. All that extra traffic is potentially bad news for the whales. The biggest obstacle to them is what is known as the ship's "bulb", the protuding section of the bow. Its purpose is to direct the waves around the ship to lessen their impact on it, giving passengers a smoother ride. But when the ship is at sea this extension careers through the water, under the surface, like a huge battering ram.

The whales sadly do not stand a chance. Whales swim at 2 knots and ships sail ate 22 knots. It is not hard to guess who is going to come off worse. But now, thanks to a unique venture between one cruise company and a number of other technology firms, help is at hand.

Four vessels, including the Costa Pacifica, owned by Costa Cruises, one of the biggest operators in the business, have been fitted with a software system called Repcet. Repcet allows ships to share real-time information on the location of the whales. Once a ship spots a whale, the co-ordinates are entered into the system. They are sent, via a satellite connection, to a server in France. The server then centralises the data and sends out an alert to equipped vessels that are likely to be affected. The alerts are displayed on a dedicated screen located on the ship's bridge and it all happens in seconds. In addition to accurately positioning the whale sightings, the system calculates and displays the associated risk zones. These are displayed as grey circles on the screen.

The system allows alarms to be programmed in, helping crew members to anticipate potential encounters, thereby avoiding the necessity of continuously watching the mapping screen. The area covered by Repcet is about 90,000 sq km.

Massimo Pennisi, the captain of the Costa Pacifica, says he sees a whale "about once a month." "This new tracking system works very well. We can adjust speed and direction immediately," he says, adding that it is also useful for avoiding the giant metal containers that can fall off ships in storms. "Hitting a whale or a container at a speed of 20 plus knots could be bad news for the ship, so Repcet makes commercial as well as environmental sense," he adds.

To be truly effective many more vessels will need to join the project. The idea is to eventually expand the system to be applied in any areas where collisions are a known issue, such as the North Atlantic, Japan and the Canary Islands.

Conservation and commerce are sometimes rivals on the high seas, but now they are setting a common course for the mutual benefit of those both above and below the waves.