48 whales near Christchurch, New Zealand were beach yesterday. 15 of them died, although the other 33 were refloated out to sea.

The pilot whales beached themselves at Port Levy on South Island, but dozens of volunteers helped to try and get them back out to the open water out of the inlet, which is muddy and shallow. An alarm was called out at about 06.30 local time.

This is the third mass stranding on the country's coast this summer, 125 pilot whales died in the two other beachings earlier, another 43 were refloated out to the ocean.

Port Levy is a very shallow bay, and very muddy, so whether they were chasing food and got caught in the shallows, it is not known. An on looker said, "we thought everything was OK, we checked them in the boat and then we woke up this morning and saw a whole lot on the beach here."

An on looker said, "we really just stood with them and as the tide came in they started floating, we were just able to push them out and away they went."

Locals are expected to bury the dead whales this afternoon.

Whales are frequently stranded on the beaches of New Zealand each summer, as they travel en route from Antarctica to breeding grounds. Scientists don't know why the whales become stranded.

In your letter you advise me that you shared my concerns about the whaling operations in the Southern Ocean. Now I would be grateful if you would do something about it.

The Japanese vessel the Shonan Maru No 2 which had previously been stalking the vessel the Steve Irwin (see www.GreenEcoPeace.org) rammed and cut in half a super vessel the Ady Gil (Earth Race). This vessel was stationary at the time and captain by a New Zealand citizen Peter Bethune and his crew were all rescued by the vessel the Bob Barker as the Japs refused to help the sinking vessel. Don't you think that it is about time that you should now show strength and send out a military or coast guard vessel to protect your citizens.

Mr Peter Bethune and crew were all volunteers with Paul Watson's Sea Shepherd conservation group, all trying to save our whales, that you and I love to see and they are the only people in the whole world willing to go out to the Antarctic in freezing conditions to come between the cruel Jap whalers and the whales. The Japs are lieing through their teeth, that they are scooping out of the sea around 1100 of our wonderful, precious whales (and by doing this affecting our eco system), for scientific research, where they are eventually loaded on the butcher factory ship, the Nisshin Maru and cut up into pieces for the Japanese commercial market, before any research could ever be carried out.

In your email to me, you say that we believe that diplomacy offers the best prospect to resolve our differences with Japan over whaling, you can't believe this anymore.

The IWC (International Whaling Commission) is now a farce and an excuse for a few days paid holiday. Nothing much has been achieved recently and the Japs are bribing poor African, Pacific and South East Asian nations with aid, on what appears to be conditions attached: - that they attend the IWC meetings with all expenses paid and that they vote for Japan at the IWC meetings. Look at our web site http://www.greenecopeace.co.uk/whales.html at the end you will see the list of these nations.

How much longer are you going to allow the Japs to walk all over both of you, New Zealand and Australia? Last year the Japs were in the Ross Sea.

The conservationists are innocently trying to stop our whales being massacred, yet get no government help and seem to get the twisted blame put out by the Japs PR for everything. The Japs have the most to loose financially, believe me, they will do the ramming and the attacking and they have many more ships and weapons than the voluntary conservationists.

In my opinion the Japs wanted the fast Ady Gil destroyed and out of the way as they knew it could relay information on the Jap whalers where about's and no doubt the Japs feared the reconisense ability of the Ady Gil.

Mr Glen Inwood is the PR Public Relations for the Jap whalers, did you know this? and he is a New Zealand citizen, this must be very embarrassing for New Zealand. He is there to manufacture lies against the conservationists and to protect the evil Jap whaling fleet. His not so nice business is called Omeka Communications, Wellington, NZ.

See www.seashepherd.org news, Absurd Propaganda, Friday January 08, 2010. You will not believe the lies Inwood is putting out. Did you know that Glen Inwood and Chris Johnston, both from Omeka Communications identified themselves as acting on behalf of the government of New Zealand, (New Zealand government Agents), in order to hire a chieftain aircraft out of Melbourne, NZ to track the Ady Gil and the Steve Irwin vessels and obtain their speeds. Are you going to allow this or are you going to have them arrested?

I understand Inwood paid for the servalence flight on his own Glen Inwood credit card.

Well, I hope you are going to do something and I hope writing this letter has not been a waste of time. If you are coming to London I would really like to meet you.

Looking forward to your reply, hopefully with some action. 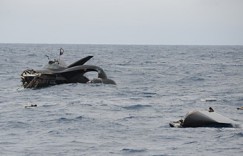 The Jap appointed military style ship the Shonan Maru No2 which had been storking and water cannoning earlier, the Steve Irwin, captained by Paul Watson and the Shepherd crew, now turned its sights on the world famous around the world Earth Race (Ady Gil)

The Japs rammed the Ady Gil in icey Antarctic sea's and now it is sinking. On board were voluntary conservationists.

The Japs did not immediately anser the distress call, but later did, but even then the Japs refused to offer any assistance to the sinking conservation catamaran.

Fortunately the new ship of Paul Watson's group arrived just in time and the men were rescued by the crew, meracously only one of the crew was injured.

The Japs are killing approximately 1000 Minke Whales, 50 Fin Whales and we understand 50 Humpback Whales in the Southern Ocean Antarctic Whale Sanctuary for their so called cruel Scientific Research.

The research is done on their meat factory packaging ship, the Nisshin Maru, the world's largest meat factory ship. Before any research can be carried out the poor whales are cut up for the commercial Japanese market.

No whale meat is allowed to be sold for commerical purposes. Are the Japs above the law? Do you want to save the whales for your children?