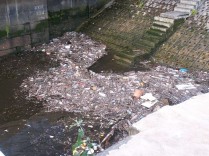 Heavy pollution on the East side of the Thames Tower Bridge London, a major tourist area.

On pollution patrol on the River Thames, GreenEcoPeace have been very concerned about the amount of plastic and rubbish build up, in alcoves in the Thames all around Tower Bridge London. This pollution is seriously effecting birds and fish and it must be remembered, that the odd whale, dolphin or seal finds it's way into the River Thames towards Tower Bridge and could easily get tangled up in this amount of plastic and rubbish. 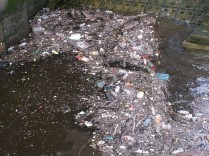 We notified and spoke to Nicola Jenkins, the Enviroment and Quality systems manager, port of London Authority, London River House, Royal Pier Road, Gravesend, Kent, DA12 2BG and advised her about this pollution in the River Thames, Tower Bridge.

Nicola Jenkins, e-mailed us back and said the following:-

I can confirm, that our marine services department have logged on their work schedule, the issue of/and concern you have regarding rubbish in the Thames in the vicinity of Tower Pier.

The photo's that you sent to me have been forwarded to the marine manager Peter Steen. 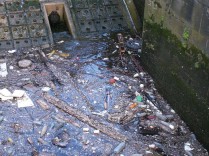 Thank you for sending in the pictures of the rubbish up by the Tower. We share your concern on the danger that such rubbish poses to wildlife and the adverse effect that it may have on a tourist's perception of the level of river cleanliness.

You may be aware that we already commit a large amount of effort to cleaning rubbish from the river and annually remove over 500 tonnes of debris (mostly wood or plastic) using our driftwood fleet of vessels.

GreenEcoPeace wish to thank the Port of London Authority for their response. The alcoves that collected rubbish in the Thames by Tower Bridge London are so much cleaner now. We will continue to monitor the river Thames for rubbish and pollution.

Dolphin Could Be In Danger

A bottle nosed dolphin appears to have taken up residence along the Shepway area of the Kent coast. It has been there for over one year. There are concerns that the dolphin could be in serious danger of being struck by a propeller from a speed boat. Some speed boats have been seen circling the dolphin, which could be causing the mammal stress. Also people have been seen swimming around the dolphin.

People should note that by simply touching a dolphin, you could be breaking the law*!

It is an offence* to recklessly or intentionally disturb a dolphin. A person convicted of such an offence can face six months imprisonment and a fine of up to £5000.00.

People should always care and put the dolphins safety and welfare first.

Missing Dolphins On The Brixham Side Of The Coast Devon

We had heard from many people that 4 years ago there were upto 100 dolphins to be seen off Berry Head Devon, but now you would be lucky to see even 10. We wanted to see for ourselves why there were so few, so we went by a fast rib down the coast and out to sea for about 10 miles to see if we could see any dolphins. We searched and searched and we never even saw one. We spoke to the Brixham coast guards and they advised us that they had seen very few dolphins this year.

Could the dwindling numbers of dolphins be due to dolphins dying in Pair Trawling and Trawler nets?

The mortality rate released by DEFRA (The Department For Envirament Food & Rural Affairs) as laid down before parliment by command of Her majesty is over 439 mammals.

It is estimated that about 10,000 dolphins and porpoises die each year around the UK and French coasts, many of them after being caught up in sea bass nets, pair trawling.

More than 300 cetacean carcasses have been found on the beaches.

An endangered Minke Whale some how managed to get it's self trapped in Fraserburgh Harbour, Scotland.

The Minke Whale was over 5 meters in length and thought to be a juvenile and not dependant on it's mum.

Everybody was over joyed to see the Minke Whale swimming happily and freely again.

Many thanks to the British Divers Marine Life Rescue for all the hard work they put in, to saving the Minke Whale's life and escorting it safely out to sea.

From and e-mail from the British Divers Marine Life Rescue to GreenEcoPeace.

Just a short email to thank you guys for your support with this incident.

As the incident co-ordinator I had many ideas as to how to get this whale back out to sea, all of which always put the whales safety and condition as my primary concern.

Thanks again for your support in getting this wonderful animal back to where it belongs.