Freedom Charles releases a turtle back into the sea

Prince Charles warned yesterday that ‘plastic is now on the menu’ as almost every fish caught for the dinner table contains refuse dumped in our oceans.

He attacked the damaging effects of the ‘throw-away, convenience lifestyles of many around the world’, which sees eight million tonnes of plastic waste entering seas and oceans each year.

Calling for urgent action, Charles said: ‘All the plastic that we have produced since the 1950s that has ended up in the ocean is still with us in one form or another, so that wherever you swim there are particles of plastic near you and we are very close to reaching the point when whatever wild-caught fish you eat will contain plastic.

'Plastic is indeed now on the menu!’

Charles was speaking at the Our Oceans Conference in Malta, where he helped to release a loggerhead turtle back into the sea after it had been treated after swallowing a piece of plastic. He used his speech to launch a Blue Economy Initiative, a collaboration between the Prince's International Sustainability Unit (ISU) and the World Resources Institute (WRI), which aims to encourage investment and policies that protect the oceans.

Charles said it was time for ‘bold action’, adding: ‘I’m afraid I really do wonder if the ocean’s fragility is yet truly grasped and how susceptible it is to the impacts of our economic activities?

‘We must act now. How, otherwise, will future generations ever forgive us for destroying the viability of the natural world that is our ultimate sustainer?’

Charles said the extent of the problem was ‘enormous, systemic and inter-related’, but he was optimistic that attempts made to stem the flow of plastics into the seas over the past decade would continue and increase.

He said: ‘With some brave decisions, the ocean can recover its health and by doing so generate employment and economic growth. Will there, at last, be a realisation that this small, beautiful blue dot of a planet may have been misnamed? It is not earth, it is actually mostly sea and we are utterly reliant upon it.’

He said: ‘Surely the time is long overdue for taking a thorough, global look at perverse fisheries subsidies and their effects – particularly where they appear to contribute to overfishing, over-capacity and to illegal, unreported and unregulated fishing?

‘Can it be right to argue on the one hand that our ocean must be protected while, on the other, activities that cause harm to the ocean should be subsidised?’

The heir to the throne said he believed it was ‘utterly crucial’ to create what he described as a ‘circular’ economy, which allows plastics to be recovered, recycled and reused instead of created, used and then thrown away.

'On our increasingly crowded planet this economic approach has to be a critical part of establishing a more harmonious relationship between humankind and the ocean that sustains us all.'

He said: ‘If the unprecedented ferocity of recent catastrophic hurricanes is not the supreme wake-up call that it needs to be in order to address the vast and accumulating threat of climate change and ocean warming, then we – let alone the global insurance and financial sectors – can surely no longer consider ourselves as part of a rational, sensible civilisation.’

Charles said, ‘Fish are eating what they think are plankton and in fact it turns out to be plastic so it all comes back into the food chain.’ He said many ‘marvellous’ manufacturers were trying to develop alternatives to plastic, but added: ‘People go to the supermarket and complain bitterly there isn’t a piece of plastic between each slice of smoked salmon or whatever it is. The difficulty is what do you have instead of that?

‘There are alternatives beginning but they are apparently not yet good enough.’ 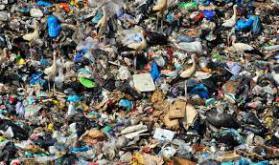 Is a new island on our planet, made up of floating plastic and filth in the Pacific Ocean.

All this plastic could fill an area the size of France. Every minute of every day, every year, one equivalent large rubbush truck full of plastic is dumped into the sea.

This almost indistructable plastic material, upsets every part of our food chain. If our oceans can't function properly, they won't be able to support fish stocks or absorb carbon to protect us against global warming.

Dead whales are now being washed up in Norway and the North Sea, with stomachs full of plastic bags and plastic bottles. It's heart breaking.

Every year plastic affects over 600 different species of sea life, with a least 1 million sea birds dying every year. By 2050 at this rate, there will be more plastic in the ocean than fish. Catastrophic.

Plastic is one of the biggest threats to our planet today. Your local streams, rivers and beachs have all the evidence for you to see for yourself. 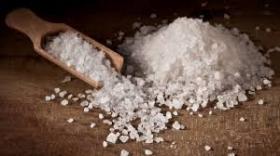 Sea salt harvested, from oceans around the world is now being contaminated with plastic, scientists have found.

Tiny pieces of plastic have been found in sea salt, on sale in the UK, Europe, the US and China.

It confirms, that plastic litter, reaching our oceans, is being broken down and getting into our food chain.

Previous studies, have found that fish such as cod, as well as shell fish and crustaceans, including scampi caught off the British coast, may contain plastic particules.

Researchers, believe the majority of the contamination comes from microfibres and single - use plastics such as bottles and plastics in general.

Sherri Mason, a professor at the state university of New York said, "not only are plastics pervasive to our socitey in terms of daily use, but they are pervasive in the environment. She said " plastics are ubiquitous, in the air, water, the sea food we eat, the beer we drink, the sea salt we use, - plastics are just everywhere".

Professor Mason, colaborated with researchers, at the university of Minnesota, to examine micro-e plastics in sea salt, beer and drinking water. Her research looked at 12 kinds of salt, including 10 sea salts from around the world.

Many contain plastics and her findings suggest, that we could be ingesting upwards, of 660 particules of plastic, every year, according to a draft of her report.

It is believed that once plastic enters the sea, they become a magnet for toxins and pollutants.

Scientists first found plastics in salt, in China, in 2015. Microscopic particules, from face scrubs, cosmetics, plastics and plastic bottles, were found in samples of 15 salt products in China. Earlier this year, scientists from France, the UK and Malaysia tested 17 types of salt from 8 countries. All but one contained tiny plastic particules. Britian has now announced a ban on the use of plastic mircobeads in products such as face scrubs.

Environment secretary Michael Grove is investigating the introduction of a deposit and refund scheme for plastic bottles.

The Scottish government said, it will press ahead with the deposit and refund scheme on bottles, in a scheme similar to those operating in Germany and Scandinavia.

Research from the university of Plymouth, also found, that more than one in three fish, caught by trawlers, in the English Channel, including Cod, Haddock and Mackerel, contained plastic particules.

Studies by experts, at the university of Exeter, have found that, many of the entire food chains, of sea creatures - from zooplankton, through to crustaceans, or copepods, mussels, crabs, lobsters and fish - have effectively become contaminated by microplastics.

People must be re-educated into rethinking that plastic pollution could be the death of our planet and that means the death of people who live on it. 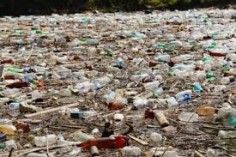 Good News For Our Oceans

But there is still much work to be done, legislative reforms take longer though than any of us would wish.

This is just the first step and hopefully it will be approved later this year and we will then be on the path for the future we want for our oceans.

We believe strong ocean governance is critical for a more equitable and just world, as our seas are being exploited at the expense of us all and is filling up with plastic and poisonous color being excreted from the plastic.

The sea's provide us with food, fresh water, energy, medicine, the oxygen we breath and even our holidays. A healthy ocean is essential for all life on earth.

For to long, we've taken out too many fish, polluted indiscriminately and damaged vulnerable habitats on the sea bed. We are pushing our ocean system to the point of collapse and by doing so, risking our own health and prosperity.

Without the enforcement of strong laws to protect our living oceans, a minority will continue to abuse the freedom of our seas.

It is time to extend the rule of law to the deep blue oceans, which is more than half of our planet, this will help to ensure that we have enough food for everyone, equitable access to new medicines from deep sea organisms, to help fight cancer and other serious diseases, reliance in the face of the worst impacts of climate change and protection of valuable marine habitats, from destructive industries. 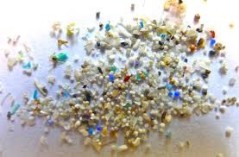 Fish are swallowing these little micro bead balls believing that they are food. Many cosmetic and skin care products - such as face wash, scrubs, shower gels and toothpaste contain little bits of plastic known as microbeads. These tiny balls, often made from polyethylene, are used to make products more abrassive - and in beauty products, they help exfoliate skin by removing dry cells from the surface. But because of their size, microbeads make their way down the bathroom plug hole and directly through sewage treatment works as they are too small to be picked up - and soon enter water ways and seas. 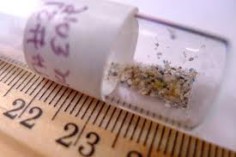 However, marine biologist and green campaigners, say that more plastic going into our oceans is very bad news. Some of the biggest names involved in the use of microbeads are Johnson & Johnson, Unilever, L'Oreal, Procter & Gamble, Body Shop, which is owned by L'Oreal say that they are going to phase out microbeads. Boots and Marks & Spencers have also confirmed that they will end production of microbeads by the end of next year.

"When people are told products contain plastic and they're scrubbing their face with it, they're shocked" Dr Foster said.

A single bottle of facial scrubb may contain more than 300,000 mircorbeads. 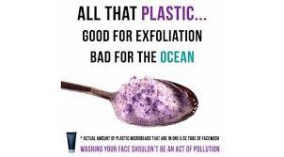 These microbeads that are washed down our sinks and are too small to be filtered at the sewage plant, ends up in our rivers, oceans, fish you eat and our food chain. In a study of more than 500 fish examined off the coast of Plymouth last year, a massive 36% were found to have ingested plastic.

Many thanks to Ross McGuinness